At North Shore Center For Plastic Surgery we can diagnose and offer treatment options for your pilonidal cyst.  Typically treatment options include antibiotic management, emergency drainage of cyst or complete surgical removal. 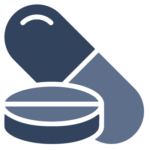 A bacterial infection always plays a role in the pilonidal disease process. In severe cases, the bacteria may get into the bloodstream and cause sepsis, a dangerous systemic condition. 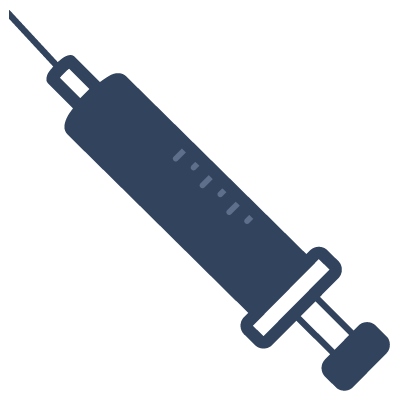 If a pilonidal abscess has formed, you may experience severe pain.  You may also have fevers, chills and flu-like symptoms.  If this is the case an urgent incision and drainage procedure is required

The inflamed tissue is first liberally numbed with a local anesthetic. Next, a small cruciate incision is created over the area of maximal fluctuance. The abscess cavity is entered with a probe, thereby releasing copious purulent fluid. This fluid is sent to the laboratory for bacterial culture. Relief is immediate and dramatic. The area may be packed with an iodinated strip, and the area is cleanly bandaged. 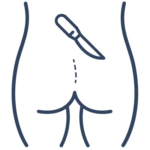 When a patient has had multiple abscesses, or has developed a chronically draining sinus tract, surgical removal of the entire pilonidal cyst complex, or “pilonidal cystectomy,” is indicated. This procedure is generally performed in an ambulatory care setting under some form of anesthesia. Following cyst excision, the resulting wound is closed in multiple layers, often over a small drain.

In the Karydakis flap, further modified into the “cleft-lift procedure,” an elliptical incision is created that incorporates the entirety of the diseased cleft, but is strategically offset several centimeters from the midline. On the side of the incision that is closer to the midline, a subcutaneous flap is mobilized that will ultimately be transferred across the midline for closure. The closure that results is one with a raised, shallow cleft. This technique is associated with superior wound healing results.

In the modified Limberg flap, a rhomboid incision is created that incorporates the entirety of the diseased cleft. On the gluteal region, adjacent to the excision, a rhomboid-shaped soft tissue flap is incised, mobilized, and rotated to fill in the defect without tension. The closure that results enjoys a robust blood supply. Moreover, it is oriented parallel to the lines of maximal tension. This technique is also associated with excellent wound healing results.

You Are Not Alone! Stop The
Suffering Once And For All